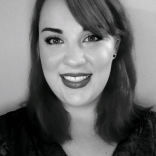 My Friend Dahmer (2017): Subtle, Engrossing Portrait of a Budding Sociopath

Considered to be the birthplace of cinema as well as documentaries, France holds a certain respect when it comes to the production and viewing of films. French films are appreciated around the globe, making France one of the world’s largest exporters of film, second only to the United States. French cinema has rightfully achieved acclaim in the film industry having produced award-winning movies, much like the ones mentioned below.

Our list of must-see films from independent filmmakers gives viewers delightful insight into French culture, all the while showing exactly what makes French cinema so celebrated.

Hubert Charuel directed this 2017 French drama film, known as Bloody Milk in English. It won Best Actor, Best Supporting Actress, and Best First Film (among others) Awards at the International Critics’ Week at the Cannes.

Pierre (played by Swann Arlaud) is a dairy farmer whose life revolves around his herd, his veterinarian sister and his parents. When one of his cows becomes infected with a recently-discovered disease, he decides to do whatever it takes to save the rest of the herd.

Ava is a romantic drama starring Noée Abita as Ava and directed by Léa Mysius. The film was screened at the 17 Cannes International Critics’ Week and won the SACD Award for Best Feature and Palm Dog – Jury Prize.

Ava is a 13-year-old girl who suffers from Retinitis Pigmentosa, a genetic condition which is gradually taking away her sight. She is on vacation with her mother when she learns that she will go blind much earlier than expected. And decides to live up her teenage years while she still can. This leads to a series of misadventures with 18-year-old Juan and his dog, involving illicit sex and run-ins with the police.

Known in English as In Bed with Victoria, Victoria features a beautiful 30-something criminal lawyer in Paris (played by Virginie Efira) who also happens to be a single mother, sex-addict, and workaholic. While attending a wedding, she comes face-to-face with her ex-husband, her friend Vincent, and Sam, a former drug dealer that she had defended in the past. Things start to get complicated when one of these rediscovered friends is charged with attempted murder.

Virginie Efira won the Magritte Award for Best Actress for her role in the film.

This French drama film portrays a young man at a crossroads. Tom (played by multi-award-winning actor Romain Duris) is a realtor who makes a living through shady deals and criminal activity. He has a chance to escape the scene when he’s offered an audition for a concert pianist like his late mother. Unfortunately, the audition ends up being a disaster, but two years later, he has another chance at redemption.

De Battre Mon Coeur S´est Arrêté was the recipient of 20 awards at seven film events. Definitely worth checking out!

Last but certainly not least is a feature-length animation from writer and director Jean-François Laguionie. The film, known in English as Louise by the Shore, is about an elderly lady who misses the last train out of a seaside resort and decides to stay and brave the elements over winter with only a dog for company.

Louise en Hiver won the Best Animated Feature at the Ottawa International Animation Festival in 2016. It was also nominated for prizes at five other film festivals.

My Friend Dahmer (2017): Subtle, Engrossing Portrait of a Budding Sociopath