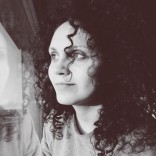 There are two types of people who dive (whether voluntarily or not) into a Quentin Tarantino movie. The first are those who brace themselves for the blood and gore and violence about to come, half-gritting their teeth; and the other are those who look forward to it, who realize that these very signature elements of his films, dismissed by some as hyperbolic, are what makes them so quintessentially real, so very rooted and earthy.

Tarantino’s films drag you down to their level and make you confront them head on — which is not to say that they are ‘fallen’ but simply to suggest that they like to wrestle with darkness, revel in it, and expose it for what it really is.

Tarantino’s Great Western sprawling magnum opus The Hateful Eight really begins to unfold in a haberdashery when eight people are ostensibly thrown together by co-incidence and have to stay together to survive the blizzard outside.

Recommended: All Quentin Tarantino Movies Ranked From Worst To Best

The thrust of the story begins on a slightly languorous, mellow note punctured with notes of violence and blood, which are, of course, part of the Tarantinoean universe.

By the end of the first 60 minutes, the pace of the film has accelerated rapidly.

After that, it just flows, even cascades on its own, tumbling about but heading determinedly towards its end with thirsty passion.

The Hateful Eight is a film which demonstrates, with cinematic flourish, the logic of brutality stitched in its every cell.

Tarantino confronts all the ugly things of life we like to hide behind a veneer of politeness and splashes it on the screen in his nihilistic, macabre fashion.

The relationship he strives to make with viewers is strikingly unequal; he taunts us, enjoying our mutual repugnance and perverse fascination towards these ugly things; he uses his movie as bait to document our betrayal towards our civilised selves.

In fact, Tarantino’s greatest success may be that he succeeds in inscribing his own vision of the film and transferring it onto the reader’s mindscape.

Recommended: The Ballad Of Buster Scruggs (2018) Review: Grim Reaper In The Old West

The final impact of the movie stays with the viewer, who in this unlikely intimacy, is seduced and trapped, implicated and maybe even framed by Tarantino’s heady skill.

As an auteur, the director makes sure to let it be known to the viewer that s/he is powerless to restore or maintain any sort of resolution.

Significantly, Tarantino divides his films into ‘chapters’ (not ‘parts’) that highlight his auteurial stamp on his filmic universe.

Using plot devices like Abraham Lincoln’s letter (a quintessential Hitchcockian MacGuffin) or casually inserting an unnamed narrator in the second half of the film to explain the events taking place, he emphasises the tone of his movie through Ennio Morricone’s brilliant score which is devastatingly in conjunction with the storyline.

Acting as the hangman of the movie, he illustrates their bloody end and makes sure each character has what is coming to them.

There may be complaints that racial slurs are hurled excessively, or that Jennifer Jason Leigh’s character is beaten about a little too much. The logic of the film makes its amply clear that it will not shy away from displaying anything that may be true.

Apparently setting the film in the latter half of the nineteenth century, Tarantino tells the context like it was and demands it from us that we stomach it, that we not deny the historically charged resonances their due.

In this Manichean world of black and white, the director shows us the rise of the underdog and highlights the black man’s revenge depicted as a long soliloquy, where he tells of racial and sexual domination and attempts to reclaim and rewrite history.

The resultant effect, then, is somewhat of an explosion: the film explodes like an orga** on the screen — uncontrollable, undeniable, and writhing in the pleasure of its own stimulation.

And maybe this is what makes The Hateful Eight finally so irresistible: it laughs in the face of its own vulgarity, makes a poem out of it, embellishes it as lyrical prose, and masquerades it as pure cinema.