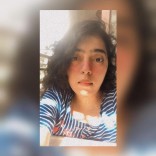 A freelance writer, food blogger and digital marketer, I graduated…

Darius Marder’s debut venture Sound of Metal is a momentous representation of the poignant journey of a metal drummer gone deaf that touched me in deeper ways than I imagined. It was one of those lazy autumn afternoons, when the air is crisp, breezy and teasingly chilly, carrying promises of the upcoming festive season and merrier moods when people are mellower (including your boss), and your couch just enough welcoming to snuggle up inside your favorite comforter, sipping on hot chocolate and ready to get lost in an engaging film. For me, the weekend can’t get better than this, it puts me in my feel-good zone, and while I’m in it, I get experimental too.

Hunting for something unexplored yet connecting, Amazon Prime original Sound of Metal caught my eye, displaying bare-chested, tattooed, bleached-hair Riz Ahmed, a familiar face from The Reluctant Fundamentalist, and as the brief prelude roused my interest, I took a sip of my hot beverage and immersed myself into the storytelling.

Sound of Metal opens with a thunderous, ear-piercing, almost violent performance of Ruben Stone (Riz Ahmed), drummer of heavy metal duo Backgammon and his manager girlfriend Louise Berger aka Lou (Olivia Cooke) on the vocals/guitar. Setting aside the electric boogaloo, there exists a romantic, disciplined routine of the couple, that goes like intaking healthy smoothies and breakfasts, working out, swaying together on the tunes of country music, touring and surviving in their RV. Before one of his gigs, Ruben does regular sound-checks of the instruments when he discovers he is unable to hear anything but a muted, high-pitched ringing in his ears. Even in the midst of his performance, the drumming beats get muffled gradually and the music fades. Panicked, he sees an audiologist who tells him of his speedy hearing loss, immediately requiring restriction of exposure to loud noises, and a cochlear implant costing a hefty amount.

After repetitive onstage disasters, he finally confesses to Lou with an assurance that it’s something ‘he can fix’ himself, downplaying the whole situation. Oh, did I mention Ruben (possibly Lou too) being a recovering drug addict? There’s this vulnerable dependence they have on each other, holding up their sobriety and love, which evidently Ruben was afraid to lose. Lou, on the other side, couldn’t take a chance on Ruben‘s possible relapse owing to his frustration, hence, through his sponsor, admits him to a remote deaf rehabilitation center operated by a Vietnam War veteran Joe (Paul Raci). The deaf community leader got his ears popped by the war explosion and bears a history of alcohol addiction which led to his family abandoning him. As he clarifies to the drummer, fixing the sonic disability is not the purpose of his program, but to embrace the newfound identity with a spirited mindset is what the institution believes in.

Understandably unsettled, estranged and insecure Ruben now has to accustom himself to the disconnected regime of the rehab, which means, giving up on his RV and all modes of communication to the outside world, including his girlfriend. When introduced to other members of the community, he learns all of them live under the roof of their self-created, adaptive and mainly, happy shelter. Gradually, Ruben gets trained in sign language, mingles with people at the dinner table, makes friends, goes on field trips with deaf school children and as shown in an endearing scene, gives them drumming lessons. Long story short, he’s at ease and has earned a place in everyone’s hearts. But then in a desperate attempt to revive his past life, Ruben takes one perilous decision not only putting his new lifestyle in jeopardy but also pinning hopes on an uncertain future.

Will he succeed in reclaiming his love and music? Is everything the same as before, like how he had left them or have things changed? The rest of the plot reveals all this and yes, it’ll definitely boggle your mind.

Sound of Metal writer-director Darius Marder has penned the screenplay with his brother Abraham Marder. The film has been sourced from Darek Cianfrance’s Metalhead narrating the story of a drummer whose eardrums get ruptured leading to deafness. The members of band Jucifer were meant to play themselves in it, however, the project got shelved with Cianfrance handing it over to Metalhead co-writer Darius Marder. His screenplay does a decent job at painting Ruben‘s spectrum of emotions on screen, be they his inner conflicts, moments of insecurity in his love life, or discovering a connection with people the same as him.

Marder keeps a substantial mystery behind the character’s decisions, his abruptness on which I wanted to dig in more. The scenes are mostly closed-captioned and I feel it brings out the real essence of the film, beautifully uncovering the spaces between sound and silence, so don’t forget to keep those captions on.

The soundscape of the film lifts the winning points for me. Nicolas Becker and his team exceptionally record the sonic transitions Ruben experiences throughout his journey. Whether it was the slam-bang gigs he was passionate about, the quiet rhythm of the couple’s routine, the sudden muffling and distortion of voices signifying his vanishing hearing, or the idyllic countryside sounds surrounding the rehab. I felt as if I borrowed the ears of an able-bodied person whose hearing was rapidly slipping away and was trying to regain it somehow. It gave me an authentic perception of Ruben‘s world. No wonder the sound department scooped up all the major accolades that year.

The magnetic Riz Ahmed, the reason I picked up the film, exceeded my expectations beyond limits. How brilliantly he shoulders the role sans much dialogue, perfectly exhibiting the tense body language of a recovering addict, delivering soul-stirring gazes and disbelieving scoffs. You feel hopeful for Ruben when he familiarizes himself with an alternative way of living. And you get equally heartbroken seeing his bubble of fantasy burst when pricked by reality. The Oscar-nominated actor demands that kind of emotional investment from the viewer through his craft. He transforms from being childishly insecure about his career and love, immovable with his resolution to regain his hearing and at the end turning into a man who’s more content and mature. His journey of self-discovery is relatable to not just specially-abled, it’s meant to connect with everyone in general. It’s about calming the storm within us and finding happiness in the most unexpected places.

Olivia Cooke convincingly plays the part of a caring partner who herself is struggling with addiction. She’s well aware of her boyfriend’s fragility and weaknesses and wants good for him, but also believes in pursuing her music ambitions. A complex relationship is shared between Lou and her father, played by Mathieu Amalric whose cameo is noteworthy.

One unforgettable character whose words left me contemplating long after the film ended was Joe. Paul Raci, for those who don’t know, is a hearing child of deaf parents, fluent in sign language and a war veteran. So when he proclaims to Ruben ‘…those moments of stillness, that place, that’s the kingdom of God’, you know it’s coming from a deeply personal space. He foresees potential in a rebellious Ruben and guides him on muting his inner chaos to find peace in stillness. He puts forth a groundbreaking take on disability, self-acceptance which is enthralling yet comforting. An impactful role that stayed with me longer than I expected.

Sound of Metal isn’t a typical disability drama where the protagonist is an epitome of resilience and inspiration. It shows a wounded and frustrated Ruben, who halfheartedly tries to live his new life though, at the bottom, he’s still longing for ‘normalcy’ and leaves no stone unturned to achieve it. His desperation, anguish and helplessness are realistic and humane. He’s flawed, at times stupid and pretentious but I guess that’s what you become when life knocks you down. Either way, he follows his chosen path and finally confronts something which tests his strength of character. I won’t spoil it for you; watch the film and be prepared to discover a new perspective to your life. The final scene will leave you shaken (more appreciation for the sound team)!

Silence isn’t only auditory. It’s also about muting your inner demons and chaos in order to hear the music of life. It’s about letting go and being honest with yourself. Because that’s where the ultimate serenity is. And this very silence of Sound of Metal woke me up from my prejudicial daydreams.

Nominated across six categories, Sound of Metal won the Oscar for Best Sound and Best Film Editing at the 93rd Academy Awards.

The Best Films From Every Decade, Starting 1910s 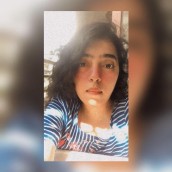 A freelance writer, food blogger and digital marketer, I graduated in English Literature, with a Masters in Political Science. I love to travel and explore life to the fullest.