The Pianist (2002) is a profound piece of art that attempts to answer deep questions. A piano is but a lifeless instrument. It produces sounds at the command of its master. But as soon as these seemingly disjointed notes come together, they create something that is full of life. This sequence of harmonies has the capacity to present the mirror of the soul. Humanity is indeed a complex affair. And no other outlet is as suitable for the vivid display of human emotion as art is. And music has always been considered a high form of art.

But what happens when you are left with only that music and nothing else? Music is the food for the soul but what if there is no food for your belly? What if you are in tattered rags and your piano is no longer playable? Will your devotion and affinity to music still stay the same when your inner self has undergone such drastic change?

The Pianist is a World War II drama that is biographical in nature. It narrates the gripping tale of Wladyslaw Szpilman. He was a heavenly pianist and an amazing composer and a Holocaust survivor. The movie is based on his autobiographical memoir of the same name.

The Pianist was an extraordinary experience. And that was not simply due to the subject matter which was grave and dense. In all honesty, handling such subjects is much more of a challenge than others. And I must say, that I was immensely satisfied with the execution. The respect for authenticity and for those who were actually a part of the Jewish subjugation by the Nazi forces is commendable. The desire to stick closely to the original history and let the story flow unblemished and untainted was a great choice made by the filmmakers.

Now, let us get some context looking at the plot. It opens dramatically and with an amazing symbolic message as well. Our protagonist, Szpilman, is giving a live piano recital for listeners, live on the Warsaw radio. Suddenly, the radio station is bombed during the German annexation of Poland. This interruption to the wonderful music signifies the tone of the entire film. This opening scene is of significant importance as it dictates to the audience the result of the invasion. A sudden stop in human art and expression. Soon, he returns to his family and believes that there will be a quick respite from the heinous torture of the dangerous war. They get to know about the involvement of Britain and France in the war. This gets their hopes up. But soon those hopes are crushed as the promised aid never arrives.

After Germany takes control of Warsaw, the movie takes its true form. The depiction of the inhuman treatment that was meted out to the Jews under the Third Reich has been portrayed with such intensity and authenticity that each and every facet of the movie’s reality wonderfully collides and colludes with this reality of ours to provide an experience that is both beautiful and haunting. Jews are no longer allowed to own their own businesses. They are forced to wear blue armbands for easier identification. And that is not all. They have to suffer constant humiliation at the hands of the Nazis who are chauvinistic and hegemonic. The politics of the Nazi regime comes into the spotlight along with the socio-economic and cultural degradation that Poland faced during the Second World War.

The pathetic condition of the ghettos that resemble the dark and hopeless slums overcrowded and with all sorts of people flocking into them was a key highlight. This ghetto environment allowed for the creation of an atmosphere which felt monotonous, dreary, exhausting and despair-invoking. People are starving everywhere. Small suffering children who’ve been abandoned are scraping the streets to survive. The once respected and great pianist has been reduced to this sorry state. The horrors of war have turned a man who knew many comforts into one who has to claw his way through rubbish for basic necessities for himself and his family.

Recommended: Once Upon A Time In Hollywood: Everything We Know So Far

The movie aptly gives us a very important message that most warmongers fail to understand. The futility of war. Millions die and for what – a piece of land that originally belonged to no one. And in this process, the ones that suffer are the humans, the innocent people who had no say and no interest when their country either participated in a war or was invaded by another nation. The most ironic part of the war is the fact that it leads to absolutely nothing but violence and bloodshed.

The movie is able to tell us about the damages that civilization as a wholesome part of humanity takes when humans indulge in a bloody battle. The second act of the Ghetto sees an uprising from withing which is also aided by Szpilman but finally fails. This leads to the Nazis getting wind of his presence in the ghetto. Hence, he has to leave to another hiding place.

The third act begins and we find our pianist in an abandoned house with a fine piano in it. But he cannot play it despite the immense temptation because he shall be discovered otherwise. His condition is very akin to that of Greek mythology’s Tantalus. Tantalus was punished in Tartarus where he was suspended between a tree bearing fruit and a lake. When he lifted his head to taste the fruit, the branches would curl away and when he tried to scoop up the water, the water level descended. The object of his desire was right before him but he couldn’t get it.

Szpilman went through something similar. His hunger for music was so immense yet that piano was like the forbidden fruit that if played would grant him bliss as well as death – an eternal slumber. This phase is truly poetic and tragic at the same time, something a romantic would crave to instil in their stories; but only if they knew the horrors that follow it.

Soon after, Warsaw is completely destroyed and Szpilman is suffering from jaundice, slowly rotting away as time moves on. Suddenly, he is caught by a German officer who recognises him and tells him to play the piano. Szpilman plays Chopin’s Ballad in G Minor and mesmerises the officer. I was a Beethoven lover prior to watching this. I had always considered Chopin to a bit of a madman but after I heard Szpilman’s interpretation of it, I became a fan.

It was such a heart-tugging blend of pain and emotion I could barely hold my tears. In those few moments of utter bliss, it felt as if the world had stopped moving. All was silent and still and the only thing in motion were Szpilman’s hands and the keys of the piano. It was magical. In order to truly appreciate the beauty of the music, you’ve got to hear it with your own ears. 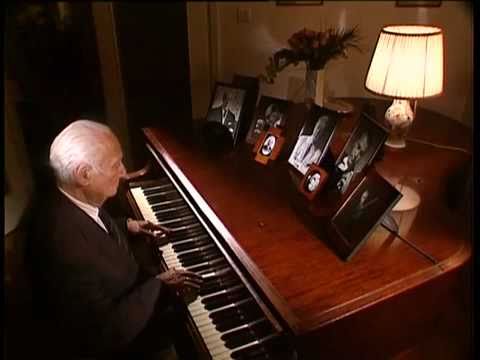 Adrien Brody was the actor who portrayed the legendary Szpilman. And what a great performance he delivered. I was astounded and I believe so were many. He won numerous prestigious awards for the film and deservedly so. The movie was a masterpiece cinematographically, structurally, thematically and execution wise. Each dialogue, every frame, the atmosphere – it’s all crafted to perfection. It’s hard to find a flaw in the entire film. It’s beyond brilliant, to put it briefly. Moreover, The Pianist did not vanish into oblivion after I completed my journey with it. It stayed with me. It lingered for long. That should be the end goal of every artform and The Pianist passes this herculean test with flying colours.

I have nothing but praise to sing for this movie. The sheer amount of emotions and subtle soul-pulling devices that are used and operated on with deft expertise is unimaginable. It isn’t just a film about survival. It is an arc of the human spirit – an arc of life that transcends the mundane realities of the world and pulls us into a space that is quite similar to ours yet extremely different and varied at the same time.

The vales of joy and the valleys of despair that we go through while holding the hand of The Pianist is utterly magnificent. It is like a look into the eye of the hurricane – ever calm among the most treacherous winds. What do you think about the movie? Do give it a watch if you haven’t already. For those of you who have seen it, what do you think about it? Let’s talk in the comments below.

The Batman (2022): Will The Real Caped Crusader Please Stand Up?