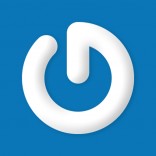 If you think you’ve seen all the romance tropes, think again. Winner of this year’s Cannes Best Director Award and the brains behind iconic thrillers like Joint Security Area (2000), Oldboy (2003), and The Handmaiden (2016), Park Chan-wook brings us his latest romantic mystery masterpiece, Decision to Leave. Barely five minutes in, and we find ourselves staring into the blank, maggot-infested eyes of a dead man: an instantly recognisable characteristic of Park’s thrillers. In just over two hours, it builds up enough suspense to keep you at the edge of your seat.

But it’s also that very suspense that makes you want to curse at the characters and swing your fist at the screen (I did). If you, like myself, like to make guesses while watching the plot pan out, parts of the ending aren’t difficult to figure out; the hints are obvious, and quite painfully so as the plot drags on for a while.

Park takes his time to lay down the foundation, but if you’re patient enough, you’ll be rewarded later. While arguably not as heart-stopping as some of his previous works, Park’s latest thriller remains highly anticipated and discussed, and for good reason.

Hae-Joon (Park Hae-il), a young yet accomplished police detective, takes on the case of an unnatural death at the base of a mountain in Busan. The police don’t rule out foul play, but it’s difficult to tell if the man lost his footing or if he’s pushed off the edge by someone. Almost immediately, they bring in the prime suspect; the deceased man’s wife, Seo-Rae (Tang Wei) and proceed to interrogate her, her calm demeanour far from what’s expected of a grieving widow. Through close-ups and uncomfortably long takes, Park scatters hints of the pair’s budding romance, most prominently through Hae-Joon’s increased interest in the enigmatic widow, who seems unaffected by this sudden change in her marital status.

The problem? Hae-Joon is married to Jung-An (Lee Jung-hyun), who’s ever-loving and supportive. Despite his best efforts, Hae-Joon’s feelings towards Seo-Rae grow steadily as he conducts stakeouts, even though she has a perfect alibi: she was at Monday granny’s house (because Seo-Rae is a trained caregiver who visits and takes care of her on Mondays). This further complicates their relationship, and soon enough, Hae-Joon finds himself entangled in a web, stuck between his professional conduct and a romantic interest. Park takes the audience on a slow surveilling trip into both Hae-Joon and Seo-Rae’s psyche, and this becomes the answer to their individual decisions. Not all our questions are answered by the end of the film; but most of them are, the rest are left open to imagination.

At its core, Decision to Leave is a romance film, but what separates it from mainstream films would be its cinematography (courtesy, Ji-yong Kim). Park is known for his dark and intriguing style, captivating audiences by creating a cinematic abyss that stares back. His cinematography once again speaks for itself in Decision to Leave: each scene is beautifully cut and linked together; giving us, the viewers, an almost omniscient power without giving away too much. In the stakeout scenes, the audience becomes an unwilling accomplice in the dark of the night, surveying Seo-Rae’s every move.

Park uses multiple cross cuts in these scenes: Seo-Rae eats ice cream and watches TV as Hae-Joon looks at her through a pair of binoculars on the rooftop of a building opposite her apartment. Yet it’s also what builds the suspense: does Seo-Rae know she’s being watched? Is Hae-Joon slowly crossing the blurred lines into dangerous territory, or has he already crossed it? Of course, Park slowly unravels this at the end, and we’re treated to a mind-boggling ending.

Accompanying Decision to Leave is Jo Yeong-wook’s haunting compositions, most particularly the ending OST, which blends quavers and semiquavers in F-sharp minor. German physicist Hermann von Helmhotz describes the F-sharp minor as “harrowing and melancholy”, and that’s what Jo has done spectacularly well here. Those who’ve watched The Handmaiden will immediately recognise Jo’s style. One that’s full of suspense, dotted with staccatos and legato bass lines. Mahler’s Symphony No.5 is also mentioned and played in the background, contributing to the movie’s climax as we follow Hae-Joon’s climb up the mountain. Most prominently, Jung Hoon Hee’s 1967 song Mist can be heard in the background in various scenes:

“This foggy street where I walk alone

A shadow of you who was once sweet

If you think about it, it’s a past memory

But I’m still longing for it”

It’s a song almost everybody knows and enjoys, but also because the lyrics hint at various events in the movie. Where’s the foggy street? Who’s longing for who, or what? All these remain shrouded in mystery until the end.

Hae-Joon tries to escape from his feelings by moving to a small town with his wife. This doesn’t do him any good, though, as he gradually loses his sense of purpose, until a new murder case demands his investigation. After a series of twists and turns, Hae-Joon finally pieces everything together. He rushes to find Seo-Rae via a GPS tracking device, but his efforts are in vain. There are questions he never gets answers to. Why Seo-Rae decides to leave, why she left the way she did, and how to find her. 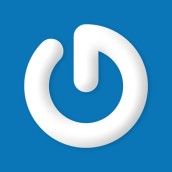 Zelda loves aburi sushi and mandopop ballads. Her favourite movies are Grave of the Fireflies, The Handmaiden, and Little Forest. She also enjoys psychological thrillers and Taiwanese romance films.