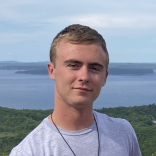 What Is Method Acting: Technique And Examples

It’s no secret that David Goron Green’s newest entry on the legendary slasher franchise has opened to extremely mixed reviews, sitting at a dismal 39% on Rotten Tomatoes. The marketing leading up to the release has been immense, with many people involved including notorious scream queen Jamie Lee Curtis calling it a “masterpiece”, relating it to many modern issues in society today.

This has caused quite a bit of backlash on the filmmakers and Curtis, as critics feel as though the social commentary in the movie is loose and utilized as a sort of cash grab. However, it is unfair to dismiss what is present in the movie, being more than just Michael’s newest batch of victims ready to be run through with his patented kitchen knife.

As someone who had watched the Halloween movies religiously and seen Halloween Kills three times already, I feel as though many critics are taking the wrong approach towards this movie, killing it almost as quickly as a ghastly serial killer in a white mask.

It’s not The Notebook, it’s a slasher

First and foremost, I have been surprised by the number of reviews criticizing the nature of the film. Many critics comment on the violence and tropes associated with the horror film as if it was not to be expected from the most infamous slasher series of all time. Roxana Hadidi from Fox 10 Phoenix called the film, “a repetitive, blood-soaked slog, Halloween Kills offers a few ingeniously gross moments but otherwise is more mind-numbing than hair-raising.”

I have to politely disagree with this review, as I feel the violence is inventive and refreshing in this installment. Other famously bad Halloween sequels are inherently boring with their violence, with the majority being useless stabbings that do not further the genre in any way shape (no pun intended), or form.

Halloween Kills lives up to the title, with there being a significantly higher body count than that of Halloween from 2018. But just because the count is higher does not mean the quality lowers, as the packed theater I saw the initial showing in gasped with gleeful terror every time Michael went after his next prey.

Slasher movies were born as a way to evoke fun scares from the audience, a communal experience of survival against a fictional evil. I feel as though these types of reviews are unfair from critics with little experience with the genre, as this is the way these films are built. As I will get to later, the initial shallow premise of these movies does not mean they cannot comment on greater themes and issues, which I feel Halloween Kills was able to do quite effectively. It is undeniable that Michael Myers is terrifying in the new installment, with the cinematography, sound design, and effects all creating a realistic and hair-raising experience every time the emotionless killer haunts another victim.

More than a Mask

Another one of the main criticisms about the film that I have seen is the fact that Myers himself feels bland and lifeless, which from a certain lens makes sense. Sure, he does seem nearly unkillable, basically untouchable in terms of combat with other characters in the story. But does that make him bland?

I would argue that this dominance is what makes him all the more terrifying, as it also is made apparent in the film that Michael has no clear motive. This points to what I have always felt Michael truly symbolizes and is something that both Loomis and Laurie both have touched on throughout the series. In looking at Michael one thing comes to mind. Terror.

His appearance and stature both are primarily disharmonious with human nature, as we are unable to read his emotions and are disturbed by his patience and precision. He stays in the shadows, blending with the surroundings in plain sight as he monitors his victims with careful pressure. Myers has been referenced as the Boogeyman since his initial appearance, only furthering his character as an ominous force that could be behind any corner or within every shadow.

But what is the Boogeyman? Well, that’s a complicated yet simple answer. The Boogeyman is nothing, that is no physical thing. The Boogeyman is a placeholder for human fear, the reason you check your closet every night even though you know there is nothing there. Because in totality the odds of a serial killer being in that closet is almost zero, almost. The Boogeyman always stays just out of your mental sight, preying on your most outlandish and ridiculous fears. The Boogeyman isn’t something you can fight, but you cannot pretend it isn’t there.

Once you aren’t afraid of the thing under your bed, it goes away miraculously. However, it will always come back in some form or another. Sound familiar? What Laurie Strode hints at is that Michael isn’t someone or something you can prepare for. He’ll always find ways in, sneaking through that back door you thought you locked, using your own knives and tools against you.

Laurie calls Michael the embodiment of fear, as he truly does haunt all of Haddonfield as some sort of curse. But he doesn’t have anything against you; the only thing he has against you is the same thing he has against everyone: absolutely nothing. This is why Halloween has terrified generations of people, the idea of something haunting you for no reason, and always staying just out of sight, rendering you powerless against it.

If you think about it, the only people who have been able to ward off the mask-clad maniac are the people who do not fear him. In particular, Dr. Loomis knows Michael well, has faced him many times and knows his tendencies, making him unafraid of his inevitable return… mostly. Because in the end, no one can truly defeat fear, take Tommy Doyle for instance.

He seemed unphased by Michael throughout Halloween Kills, but at his death, he came face to face with fear itself, beaten by his own weapon physically and metaphorically. What I’m trying to get at is that Michael Myers is physically a character in this series, but he is equally a physical embodiment of pure and primal fear, one that we should not view so literally. John Carpenter and Debra Hill knew this, and I believe David Gordon Green knew this too, which is why Halloween Kills truly pays homage to the original vision while creating something that speaks to many universal truths and concepts.

One of the large commentary pieces in Halloween Kills is the portrayal of groupthink and mob mentality. In the beginning, the unification of the town against a common enemy is a good thing, as more brains and bodies towards the cause make for a more powerful and meaningful response. The problem arises when doubt and compulsion come into play in the form of the second uncaught inmate.

One accusation and jumped conclusion within the group is enough to incite a cloud of assumption and blind action, leaving an already traumatized man to a brutal and tragic death. This commentary shows the film revealing how even good intentions can still lead to negative consequences, especially in the game of telephone that groups such as Twitter and other social media platforms create amongst their users.

Further, when the mob eventually confronts their issue (being Michael Myers in this context) with brute force, it renders them in this case, in pieces. In society today there are limitless groups with fantastic intentions and causes, with formidable leaders and a large following. What Halloween Kills suggests is that all it takes is one shadow of a doubt, one conspiracy, or one twisted truth to send us all into chaos and at each other’s throats. Officer Brackett said it the best:

Now he’s turning us all into monsters

To conclude this long-winded review of sorts, go out and see the movie for yourself. Halloween Kills is truly a film built for a theater audience, meaning it thrives in the live setting with the live audience reaction and community connection. If you look on most social media, the sentiment from Halloween fans is overwhelmingly positive as they directly contrast that of “accredited” film critics on popular sites. The divisive viewpoints on the film serve as a good reminder to take in all opinions. But don’t let them dissuade you from watching this film.

For now, keep those kitchen knives locked up and those fluorescent bulbs covered.

Scary Movies: These 150 Horror Films Should Be On Your Watchlist

What Is Method Acting: Technique And Examples