by The Bolly Hood 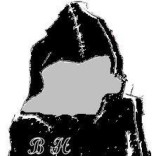 Jaane Bhi Do Yaaro Review: Satire At Its Cinematic Best

Back in 2012, I started a film blog, looking to address my burgeoning love for Bollywood films in a different way from the norm. Having seen my first Bollywood film script passed around from producer to director without much luck, I settled on poking fun at the silver screen, thinking best to channel my frustrations into humour. And so, Bolly Hoo Ha was born. Jhootha Hi Sahi was one of the first movies I reviewed on my site, a film which I had no idea would take on a special meaning for me all those years after I picked it up on a spur-of-the-moment purchase from the local film store (ah, the days before Netflix and Prime).

To accompany each blog post, I mocked up Hollywood film posters that I felt translated well over to Bollywood. For example, when I reviewed English Vinglish I mocked up Lost In Translation and in reviewing Barfi! I mocked up Mr. Bean’s Holiday. So, with Jim Carrey’s on-screen shenanigans running through my head at the time, I thought it best to mock up a certain comedy from his rather large portfolio. It worked perfectly, considering that Jhootha Hi Sahi translates as ‘let it be a lie’, or literally as ‘liar is right’.

The film begins with an aerial shot of Central London, with the beautiful song I’ve Been Waiting (one of my favorite songs of all time) playing in the background, which my wife and I chose as our first (unsuccessful) dance song. Lying fast asleep on his couch is Siddharth or Sid (played by John Abraham), who is awoken by a phone call with the caller claiming to be standing outside his window, ready to jump, looking for a reason to live (you’re talking to John Abraham – isn’t that a reason enough to live?).

The caller is called Akash, who Sid tells “You could get fractured. Or you could turn into a vegetable… Yes. Vegetable. Brain damage. You won’t be able to walk or eat.” Amusingly, Sid refers to Akash as Akshay, and tells him “But people will call you Akshay and you won’t be able to say anything.” Sid gets similar calls from a caller called Aman and another caller who is nameless. Having done some research, I discovered the voices of Akash, Aman and the third caller were provided by Imran Khan, Ritesh Deshmukh and Abhishek Bachchan respectively.

This film was quite a departure for John Abraham, from his usual macho-man act. It was an unusual role for him because his character Sid wears glasses, likes watching The National Geographic Channel and has a stammering problem. Therefore, I thought he’d be a lonely guy, but was surprised to find that he had a group of close friends. Upon arriving at the apartment of his friend Omar (played by Raghu Ram, who some may recognize from Indian talent shows), Sid is told that he must have broken up with Krutika (Manasi Scott).

Omar and his sister Aliya (Alishka Varde) doubt that Sid received prank calls – but Sid is adamant that they are just that. Sid and Omar suspect only one man can be responsible – their friend and colleague Amit (Omar Khan), who works with them in a bookshop called Kaagaz Ke Phool (flowers of paper). Posted outside the bookshop is a sign reading ‘We DON’T do Deepak Chopra’, a name that wouldn’t necessarily ring a bell with casual movie goers.

Eventually a woman called Suhana Malik (Nandana Sen) explains why Sid received the suicide calls – his number had mistakenly been given as a ‘Dost India’ number, with Dost India being a suicide helpline for Indian citizens in the UK that she is in charge of. Since Dost India is a volunteer run initiative, Sid agrees to allow the calls to continue arriving on his number. At Omar and Aliya’s apartment, Sid practices his helpline techniques with Uday (Prashant Chawla).

Sid receives a call from a troubled young woman, who cries on the phone to him (speaking of crying, Cry Cry is yet another beautiful song from the film; look out for Sid flying like a baby bird) without saying a word. Unbelievably, the next day, Sid is still on the line with her!

The mysterious lady who talked to Sid the previous night reveals herself to be Mishka (Pakhi Tyrewala; she is married to the director of the film Abbas Tyrewala), who has been upset over the break-up with her ex-boyfriend. The charm of the movie is the simplicity of the idea of two people talking, and the beauty of the conversations between Sid and Mishka. Her honesty is refreshing, because she’s not afraid to pour out her feelings to Siddharth over the phone.

Sid tells Mishka about Charvak, an ancient philosopher who says that “Life begins with the first breath and finishes with the last. Nothing exists before or after this life.” His message for Mishka is simple, “Live life to the fullest. Every moment. Every day.” The literary references peppered throughout the film are a breath of fresh air for a Bollywood film.

There’s an amusing exchange of dialogue between Omar and Krutika, when Omar realises Sid and Mishka are dining at the very same restaurant they have arrived at. “No No. I hate Chinese. I hate Chinese food. We can’t eat here. Let’s go. Taxi. No Chinese, no Chinese, no Chinese!” “What the hell? I like Chinese food.” “No No! It’s horrible! They cook everything in Ajinomoto!” I don’t care! I want to eat it!” “These Chinese people eat weird stuff. Snakes. Rats. Insects. Yuck!” “I want to eat Chinese snakes. Let go of my hand!” “Trust me. I’ll treat you to mind blowing food. You’ll be licking your fingers.” Having re-watched the movie recently, I was taken aback how prescient this dialogue exchange was, considering the way in which the pandemic we are currently living in is thought to have started.

Not having a name to call her mystery helpline dost, Mishka settles on calling him “Fidato” (meaning trustworthy). Having listened to the music of the film endlessly, I noticed Fidato being sung in the song Call Me Dil (either that or it’s simply ‘Fida’ and ‘toh’ being sung separately). To show the growing love between Mishka and Sid, we’re treated to the song Do Nishaaniyan (keep an eye out for a blind, flute-playing, Lenny Kravitz look-a-like busker). Mishka, a talented painter in her own right, doesn’t realize one of the subjects of her painting is her ex-boyfriend Kabir (R. Madhavan). It was quite surprising to see Madhavan in a negative role – where he constantly berates Mishka for having not ever met his very high standards.

15 Best Assassin Films To Add To Your Watchlist

This film works on so many levels. Be it the literary references, the notion of a suicide helpline, to all the great songs. The movie didn’t do favorably at the box-office and received mixed reviews from critics. For example, one critic said “The film may have its moments, but not enough to leave you with a smile at the end. Not even recommended as a date movie.” It’s not intended to be a date movie – it’s an intelligent movie! For some reason, audiences in India don’t like movies that are clever, or try to do something different.

Another critic said, “John’s the best, forget the rest.” Everyone in the film shone for me, especially Pakhi Tyrewala and Alishka Varde. Some people also said that Pakhi was too old to be paired with John. Mishka is a troubled soul, and therefore it makes sense that she doesn’t have the conventional looks of a Bollywood actress (it wouldn’t really make sense if Mishka was played by a beautiful young actress now would it). At least Pakhi can act; it’s a real shame she’s not acted in any more films since Jhootha Hi Sahi.

Ignore reviews, you will most definitely enjoy the film as much as I did (especially when viewing together but separately for the first time with my other half – before Netflix Party was a thing). One of the best things about the movie is that non-Indian characters aren’t dubbed (I’m looking at you – Aliya’s fiancé). While the Mishka to my Sid helps retrain my two left feet, maybe John Abraham might like to star in a remake of The King’s Speech, where Fidato is helped cure his stammer by a certain Angrezi co-star…

By The Bolly Hood

Recommended: 6 Flop Bollywood Movies I Can Watch Over And Over

Jaane Bhi Do Yaaro Review: Satire At Its Cinematic Best